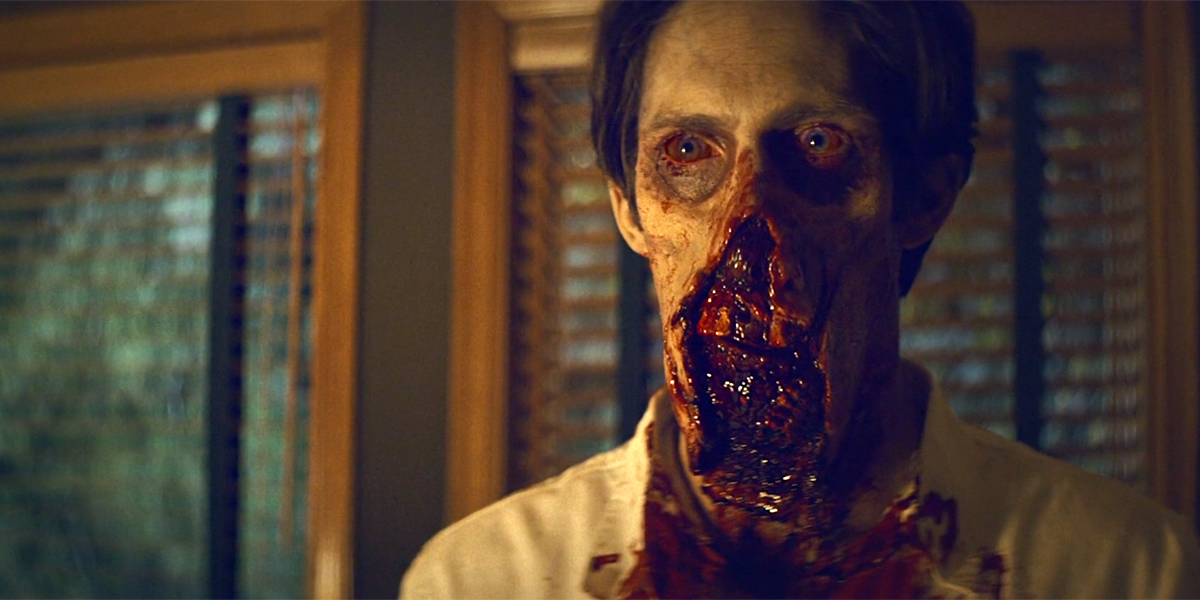 You can also check the interview in english below.

REVIL: The first question maybe a little bit obvious, but I really need to ask this: Are you a Resident Evil fan? Did you play the games?

Shawn Lebert: I’ve been a fan of the series since ’96. I remember the time I came across the game in a rental store. The front cover piqued my interest and the images on the back were unsettling. I gave it a shot without knowing anything else about it. I’ve played through the majority of the series. The first one easily became one of my favorite games of all time. Then the sequel came. I love them both equally.

SL: It’s a little bit of both. Something clicked in my mind after watching the Hannibal television show and I then began to envision something. I think the idea concreted itself much more after seeing True Detective. Their visual styles are gorgeous. It was these styles that felt tonally representative to the video game series — at least, that’s how I see it. Other inspirations included Alfred Hitchcock and more contemporarily, David Fincher, who’ve both made great things with the detective genre.

If Arklay would take off, it definitely would have rooted itself in the Resident Evil game universe. There’s a lot of rich detail there left unexplored. Plus, the conspiracy makes for great drama and would work well with television with twists and turns for many seasons. However, the ideas are not completely dependent on the RE universe, it can be a separate entity if it needed to be. There are some creative liberties that would have been taken to keep it feeling fresh and unexpected for both the fan and new audience members. There’s a contemporary, grounded message in there that’s still worthy to explore and it can still be said with Resident Evil or as a completely original series.

R: DAVE looks like a police drama at first, but then the plot develops into a conspiracy and then we see the first zombie. What were the plans – regarding the focus – for the show’s genre (horror, drama, thriller…)?

SL: The focus for DAVE is a myriad of all these genres. It in fact crosses genres in order to explore the reality that it’s in. My intention was to focus its attention to character detail, but still be horror. In a way, it’s its own existential crisis. I think one of the best examples that does it well is Jurassic Park. It’s beloved because it transcends one genre with another. It’s scary one moment, then the next it’s funny. Ultimately, I want characters to really care for so when they’re put into these dire situations, you feel like you’re with them and root for them to come out on top. I feel that’s why people continue to tune in, because they care for the journey that also includes them.

I think part of the excitement is knowing that the story can evolve into different genres, but it’s gotta be deserved within the context of the story. You can have great action moments from time to time, but at the core of it, we musn’t forget all stories usually tell something about humanity in one shape or form. The conspiracy is the bread and butter. For me, the most startling thing is not knowing what’s really happening in the world and that can certainly be a scary thing. Also, you don’t literally have to be a monster in order to actually become one underneath.

R: Based on the show early synopsis we knew that the story would follow detective James Reinhardt. Was he connected to the S.T.A.R.S. or a member of the Raccoon City Police Department? Were there any plans to bring characters from the games to the show?

SL: If Arklay moves forward, James Reinhardt would have been part of the Raccoon City Police department. We would see the inner workings of the police force along with some notable characters who we’ve only seen glimpses of. What was the Chief up to? How about Marvin Branagh? What was the town really like, the town folk? You could see all that from Reinhardt’s perspective. There’s some great drama there that we only saw mere quick moments. I think it’d be really cool to see that. And who wouldn’t love being there for the inception and inauguration of S.T.A.R.S.? Reinhardt is just the starting point.

R: And how about other elements from the Resident Evil universe: the monsters, viruses, evil corporations, and its famous settings like the streets of Raccoon City?

SL: I feel like it’d be a fun companion series as the games’ counterpart. It would be a unique perspective on the franchise with more seasons to expand on locations and situations that – while original for the show – you can see interesting parallels from the established material, you know, those desirable ‘aha’ moments that people can appreciate. I know I’m being very vague here and it’s completely intentional!

I think there’s a lot of potential to talk about the company Umbrella and the massive gray area to do the things that it does. We’re living in a time where DNA manipulation, things like CRISPR are happening, the act of curing cancers — this all sounds wonderful, but what could potentially be the ramifications for going against Mother Nature itself? There are a lot of positives that also include some terrible negatives. It’s truly a bigger philosophical question we should all be having. It sure feels like Resident Evil was 30 years before its time, doesn’t it?

R: The first news about Arklay emerged online back in 2014. We only saw a pitch and a very brief synopsis of what the show would be. How far was it into production at the time?

SL: It wasn’t very far. What you saw is what you got. It was a matter of waiting to see how the reception was for it and if anyone wished to move forward. Aside from that, the rest is research for where the show can go, what can be explored and so forth.

R: Resident Evil fans were very excited about Arklay and became very disappointed with the news that the show was cancelled or wasn’t going to be produced anymore. What happened?

SL: My role was pitching the project and I had a few contacts who were available to listen to the idea, see the filmed proof of concept, but it’s one of those things where you have to be super patient, remain resilient and hope for the best. I had some who were adamant about the idea and it started getting some traction. Keep in mind, this was with the hopes that it has every intention of becoming an official thing if it were to be part of the Resident Evil world. Ultimately, it was decided it wasn’t going forward at the time and this was something beyond my control.

R: After Arklay and DAVE, what are your plans and projects for the future?

SL: Whether or not it gets picked up to become an official Resident Evil series, I’m still dedicated to bringing the story to light and what it means today. With science and technology being a major focus, there’s a lot to say. Like I said once earlier, these ideas aren’t completely fastened and dependent on Resident Evil. It can still exist independently—I’m working on an hour pilot, along with a mini bible and character/story arcs for the series. I hope you stick around for the journey with me. While that’s happening, I’m plotting out original features as well. Loving it!

R: In Brazil, we have a saying: “a esperança é a última que morre”, something like “while there’s life, there’s hope”. Is there any hope for Arklay?

SL: Never say never. I’ve got my glass half full and seeing light at the end of the tunnel. Voices are strong. You can be heard. There’s a lot of love out there.